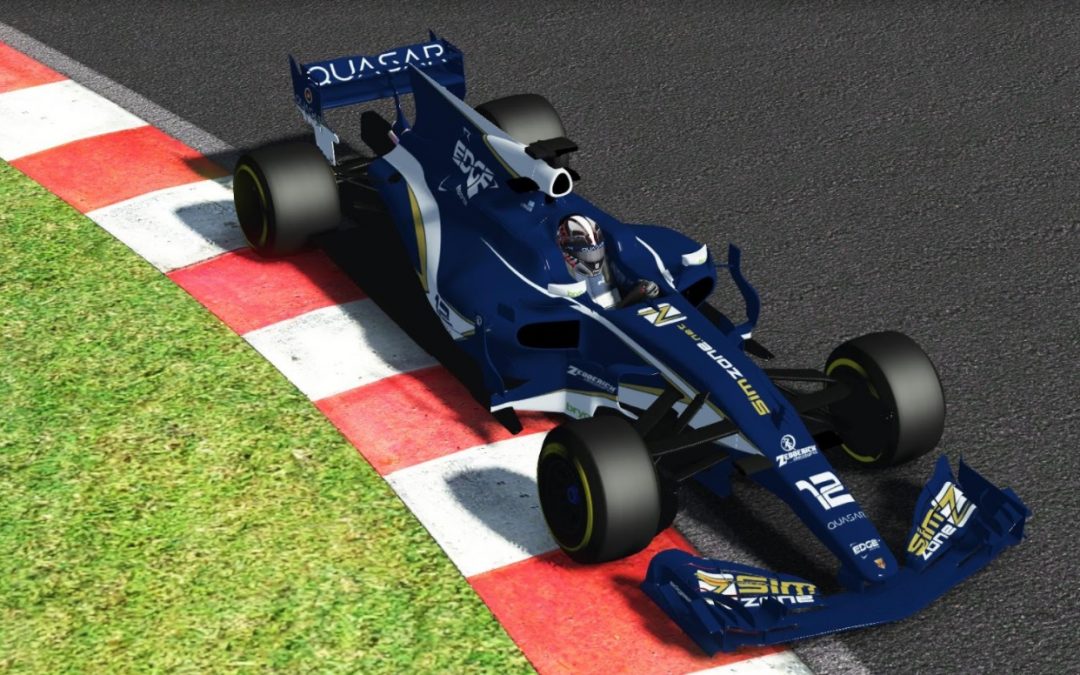 Today, Edge is proud to reveal its 2018 Formula SimRacing World Championship contender – our debut car in the series.

The EE02-WCQ, to be driven by Greek duo Jim Parisis and George Manousakis, is adorned with the new, dark blue livery accented by rich gold and white. Jim is a multiple-time race winner in the World Championship and returns to the series following a year-long sabbatical. It will be a fourth season in the top flight for George after his 2017 season ended only five rounds in.

The lineup is a healthy mix of pace, experience and a desire for continual improvement. We believe these two men are the ideal pilots to box our corner in such a highly competitive league.

The EE02-WCQ’s first race week appearance will come at Melbourne Grand Prix Circuit; much like its GPVWC sister car. The Australian GP begins on March 25th. 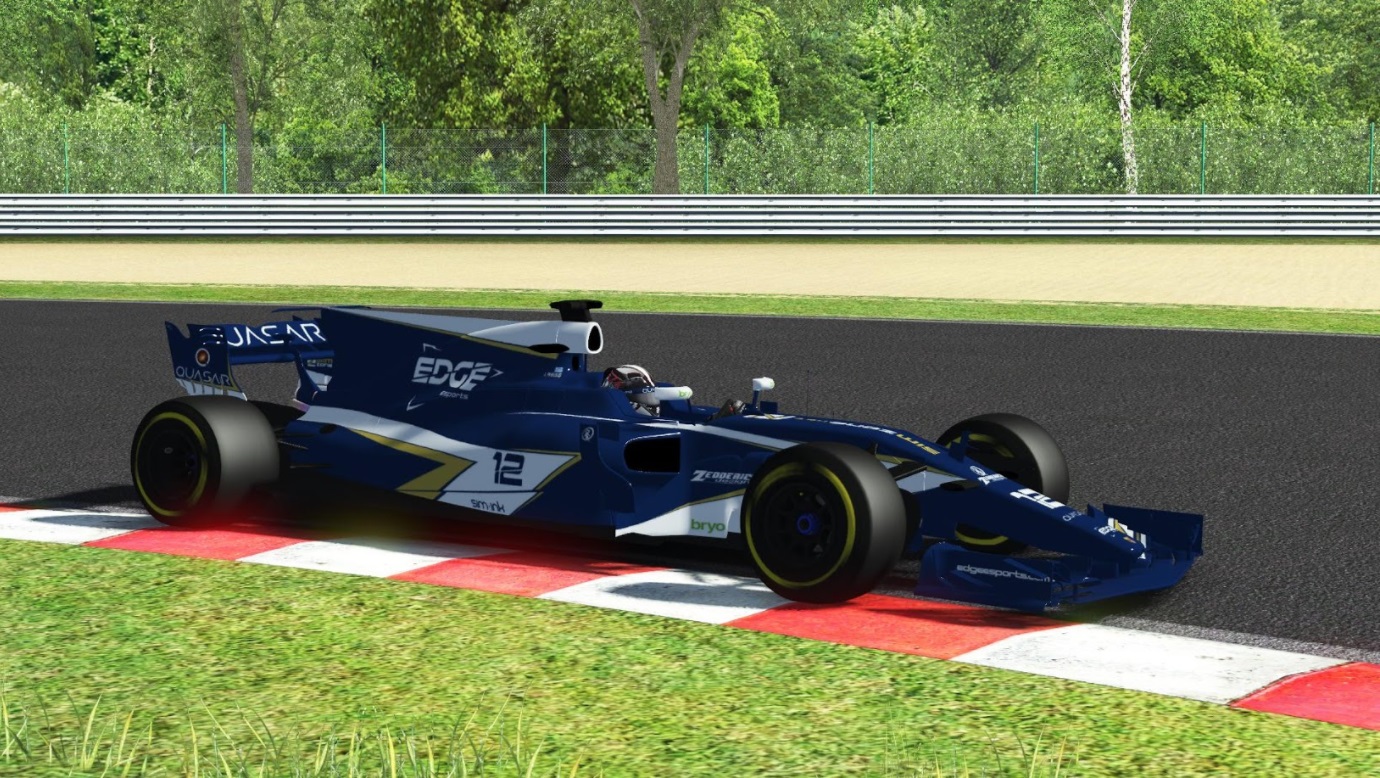 “We are happy to launch our EE02-WCQ contender for the FSR World championship today. Joining FSR means exploring new ground for us. That said I am convinced we have the right people to make this new venture a success.

“Jim and George are showing the right work ethic and good pace. Podiums and wins are our clear targets in the series. Figuring out the ins and outs of the championship will take time however.”