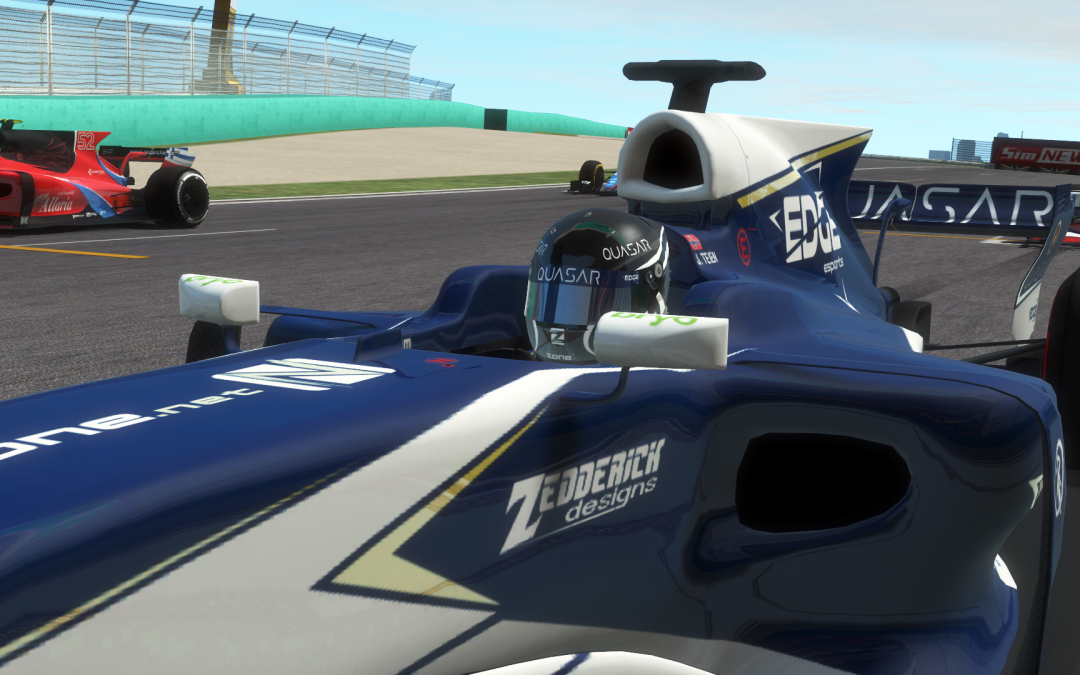 “Their pace was brilliant, consistency spot on”

The second round of the Superleague season proved to be a triumph for the team. Both drivers converted starting positions outside of the top twenty to podiums.

A race dominated by Risto Kappet from start to finish, the goal for our two drivers was to overcome back-of-the-grid penalties accrued from Melbourne to secure points finishes. By surviving the opening laps, both Jarl and Petar had made their way into the top fifteen by Lap 6.

Fully utilising his better starting position, Petar sliced his way through the field into the top ten by his first pitstop. On the way however he picked up a small amount of front wing damage. Though it wasn’t initially planned, the damage was fixed during the tyre change. This led to a longer stop and meant that he ended up behind Jarl once the phase had concluded. In clean air though he would deliver strong speed on the advantageous Supersofts. With rivals on harder compounds the Croation almost cancelled out the impact of his first stop.

The cameras caught a lot more of Jarl’s progress as he took advantage of his teammate’s slow stop to press on against the top five eventually. The Norwegian caught attention in particular for a ‘hands-on’ move against Borja Millan alongside a couple of daring lunges against other opponents. He fought his way up to second place eventually passing the struggling Rait Kilk in his final stint.

It would be Petar who had the last laugh on track despite his misfortune. With Jarl opting for Softs to cruise on home comfortably, the man who finished 17th last race strapped on a fresh set of Ultrasofts to try and push on from 5th. Flying past Millan and then Kilk himself, the two Edge cars would briefly enter combat on the penultimate lap of the race.

Jarl chose not to fight too much as Petar took 2nd at the Turn 14 hairpin. The Croation picked up his first podium of the season and, by doing so, his highest result in Superleague. Our Norwegian #30, after having his podium from Melbourne taken away, should have no worries about losing this one. It’s his fourth podium at this level. 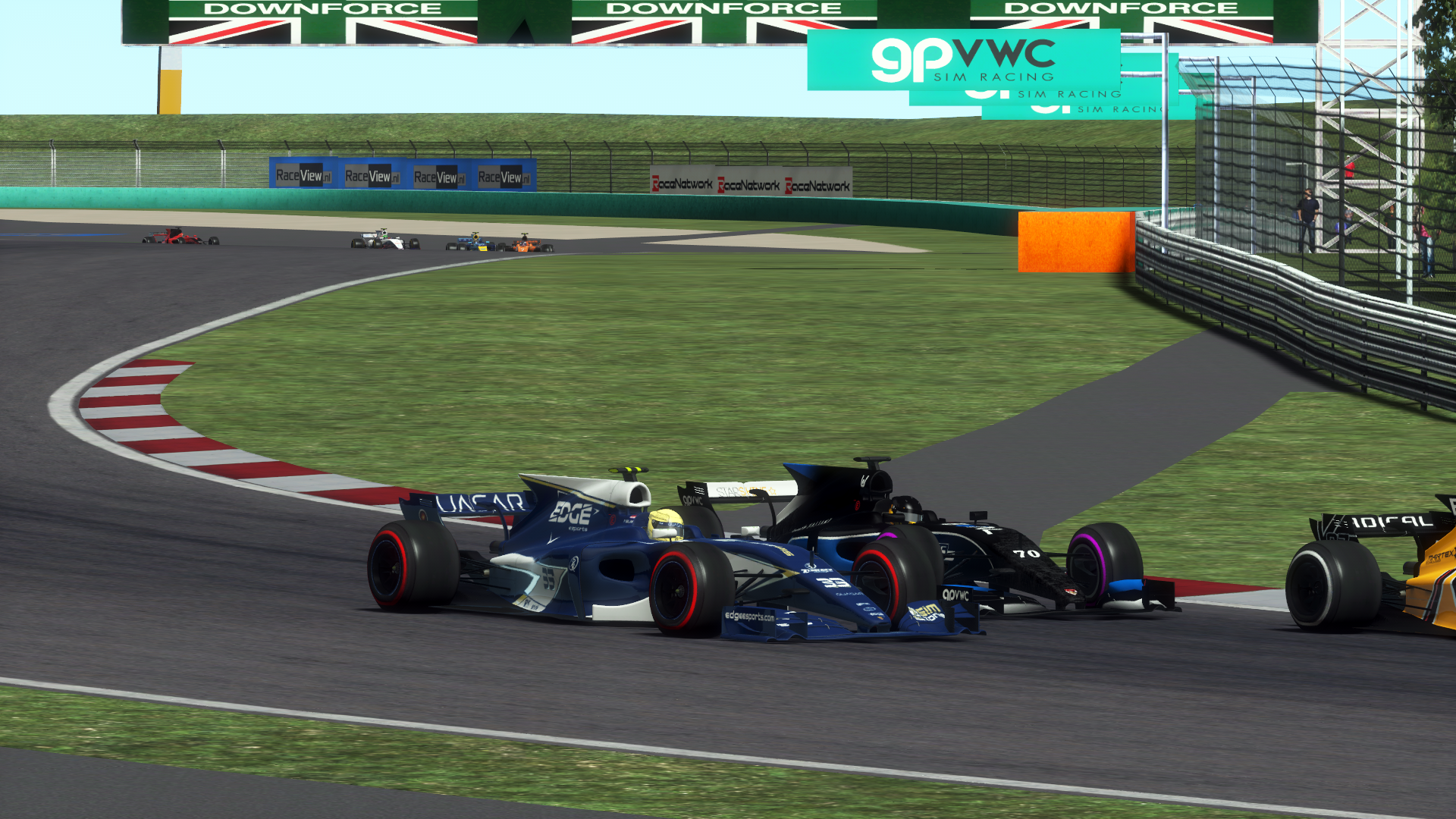 “Coming into Shanghai we had no idea what to expect but we hoped to be somewhat on pace at least. In qualifying that wasn’t close to the case. We knew we had back-of-the-grid penalties but we pushed hard in quali and ended up way off Risto.

“Starting 25th with Petar 21st, we just aimed at surviving Lap 1 to then pick people off later on. Achieving that we had so much race pace with great tyre wear that we flew through the field. There were some forceful moves but we made it work.

“I made a slight mistake in the final stint going onto the Softs instead of Ultrasofts but I don’t regret it. My teammate earned 2nd.

“I’m super happy with P3 and looking at fighting for the win in Baku, one of my better tracks.” 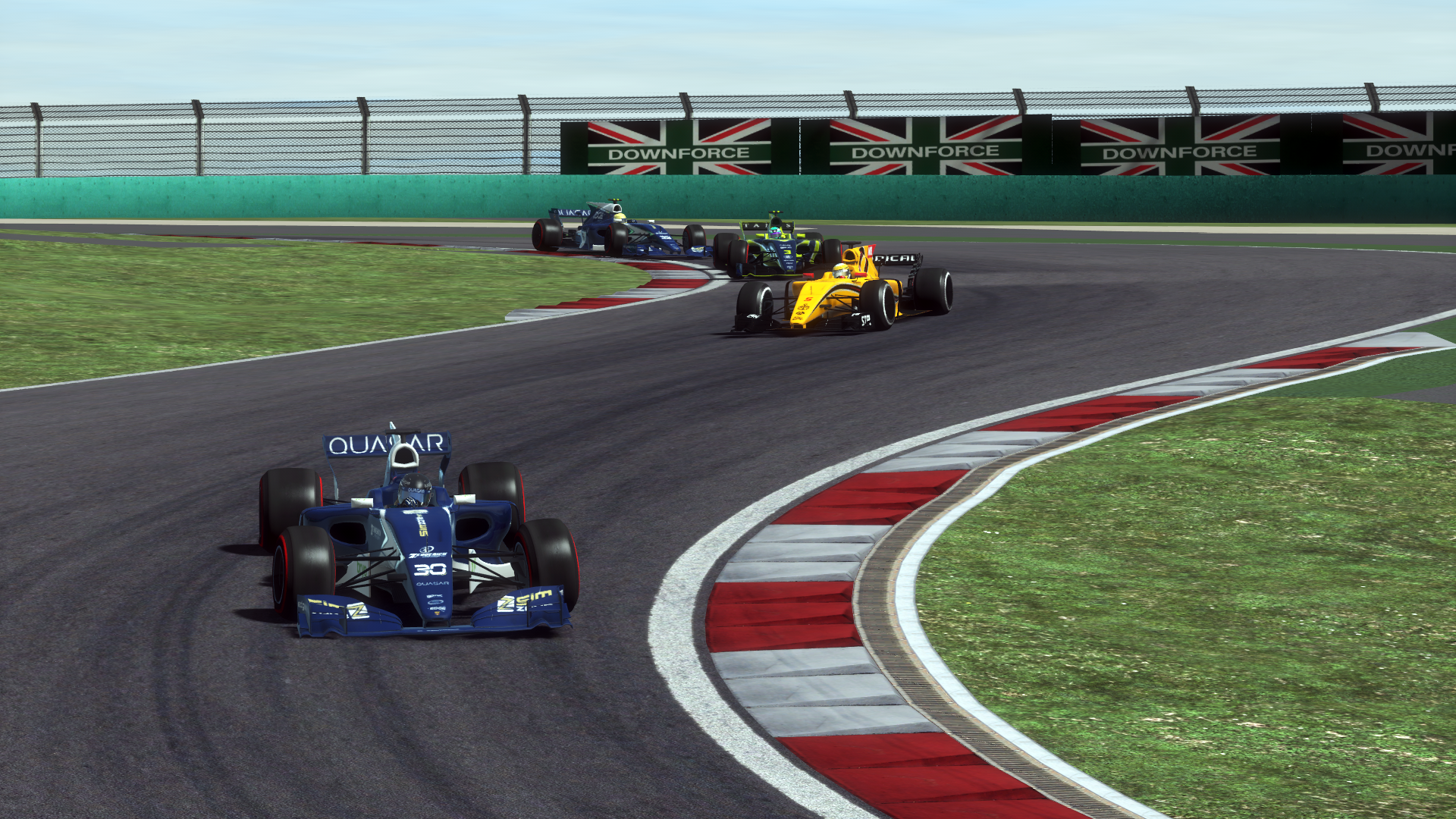 “I’m really happy with today since 2nd and 3rd was the maximum result we could have achieved realistically. We were going into the race not expecting anything special because starting outside of the top twenty was a guarantee.

“My start went pretty well except for some damage to the front wing but I moved up quite a bit regardless. The first stint was going pretty well but a little discussion about the pitstops resulted in us going for a full fix. This cost me a lot of time and positions and it made my journey to the podium a lot harder. It was a fun challenge to work my way up through the field again though.

“As for the battle with Jarl, we didn’t risk much by making too many moves but I got one nice run and went for it. We were slightly surprised by our pace relative to others because our car wasn’t ideal to drive in practice. This double podium will definitely keep us motivated for future races. We just have to keep the engine upgrades coming and the setups comfortable.” 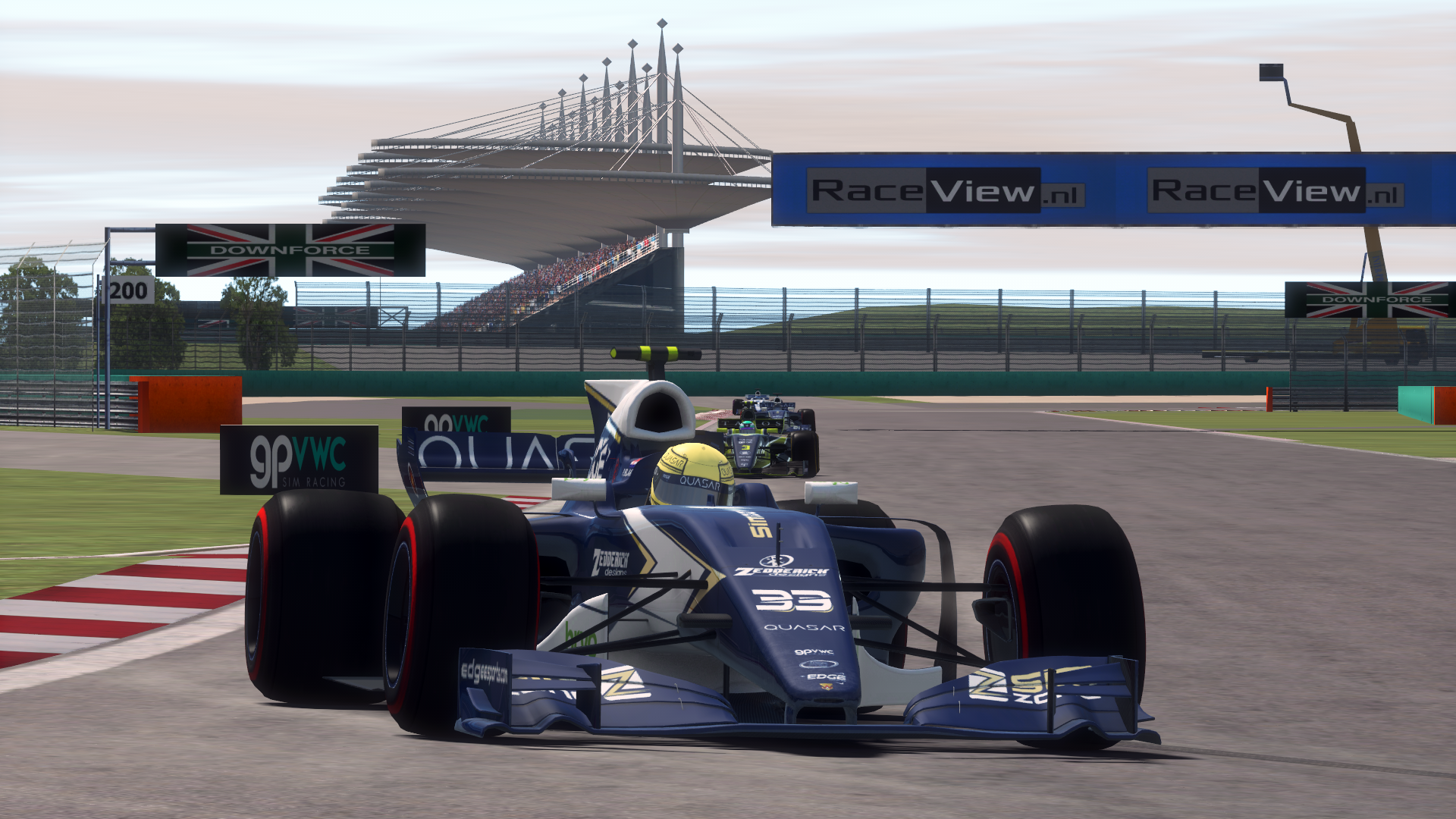 “We felt quite cautious between last race and this one regarding our pace in context to the rest of the field. The car is quite hard to get to grips with so it was a frustrating preparation week for us.

“The back-of-the-grid penalties were an additional setback but the guys really delivered. Their pace was brilliant, their consistency spot on. To be honest the driving was also very clean and controlled compared to last race. Petar had some setbacks in the pit and on track but both drivers came through like champs.

“It was pleasing to see both of drivers in such high positions together. They were free to race as long as it was clean. It’s much to early in the season to even start considering any kind of team orders.

“We take home the most points across the field this race and that’s great. We need to keep pushing though. Risto was absolutely dominant and, again, we didn’t get to see what Alex Siebel is capable of without hard luck.”