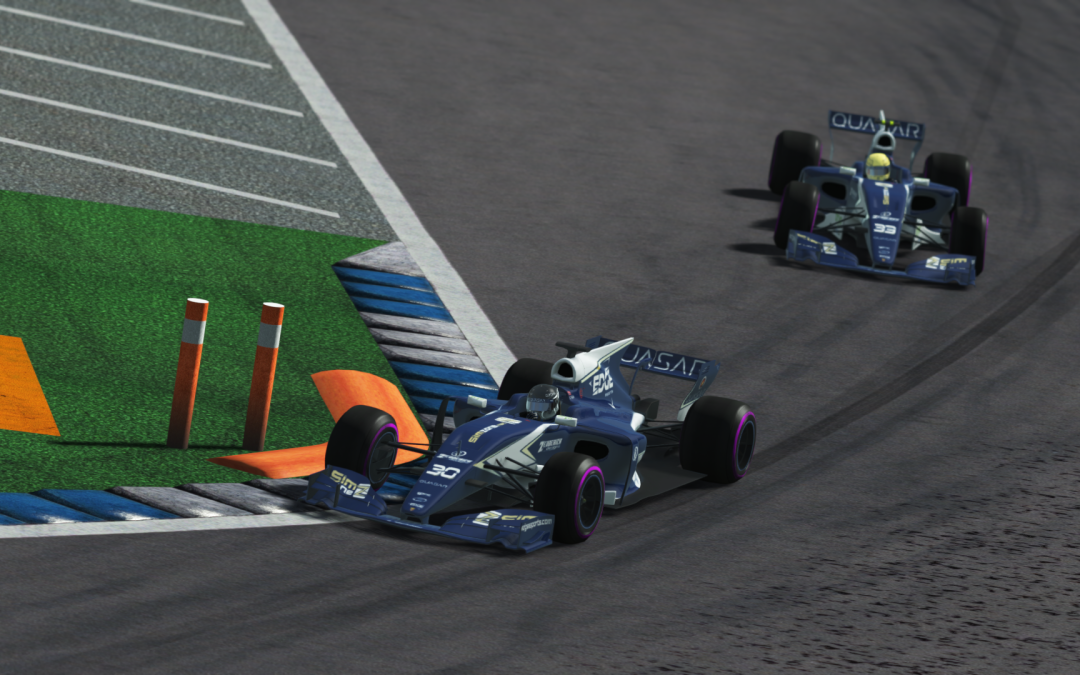 “Even with a car that is off pace, we can still achieve incredible results”

For the first time in the team’s history as either Edge Esports or Wauters Automotive, a 1-2 was secured in a Superleague Grand Prix. The Hockenheimring proved to be a day of everything falling into place with Jarl Teien picking up his second win of the season.

With, arguably, one of the weakest cars on the grid our boys did exceptionally well in Qualifying. Jarl secured a front row slot alongside pole sitter Alex Siebel whilst Petar Brljak slotted in on the third row. Sadly for the Croatian his luck at starts remained abysmal as he was caught in a first corner melee along with Geoffrey Fournier and Dennis Jordan.

Whilst his team mate was putting together the pieces of an outstanding recovery drive, Jarl was focusing on keeping the gap down to Siebel ahead. Disaster struck for the German however when he suffered a disconnect promoting the #30 into first place. From here, the Norwegian would continue to control the race masterfully with an aggressive tyre strategy which saw him shock the field with a four-stopper.

All the way from 15th, Petar fought his way back up the order both on track and in the pit lane. By the final phase of the race he was 4th with a fresh set of Ultrasoft rubber. He dismissed the hugely impressive Rait Kilk before taking his time but ultimately winning out against Borja Millan to steal 2nd. No better result has been achieved by the team in its Superleague history. The gap to the top of the Constructors’ championship was slashed by over thirty points. 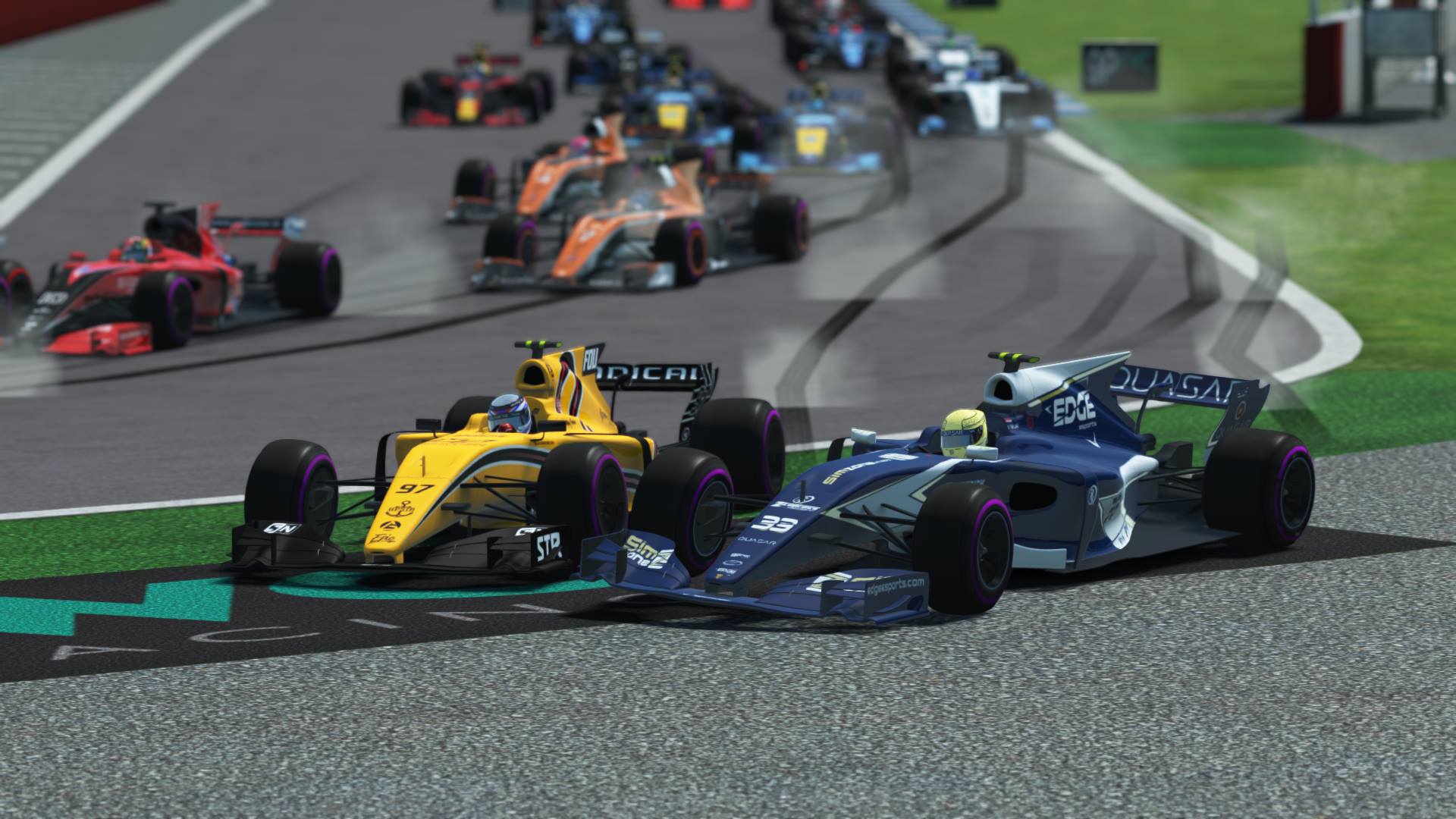 “Going into this race I expected to fight for a top five position at max. My sights were set higher after Qualifying those as I nailed my lap being only a tenth off Alex. Starting that high up on the grid helps with strategy options and I think I had a pretty aggressive strategy compared to other people.

“I feel like the four-stop was slower than a three-stop but I made it work anyway. Petar had bad luck on the opening lap but still managed 2nd. I believe had he avoided that he would have won by around 15 seconds over me.

“Lots of upgrades to the next race so that gap to ACR will close hopefully. It will be a hard fight going all the way to the end of the season!” 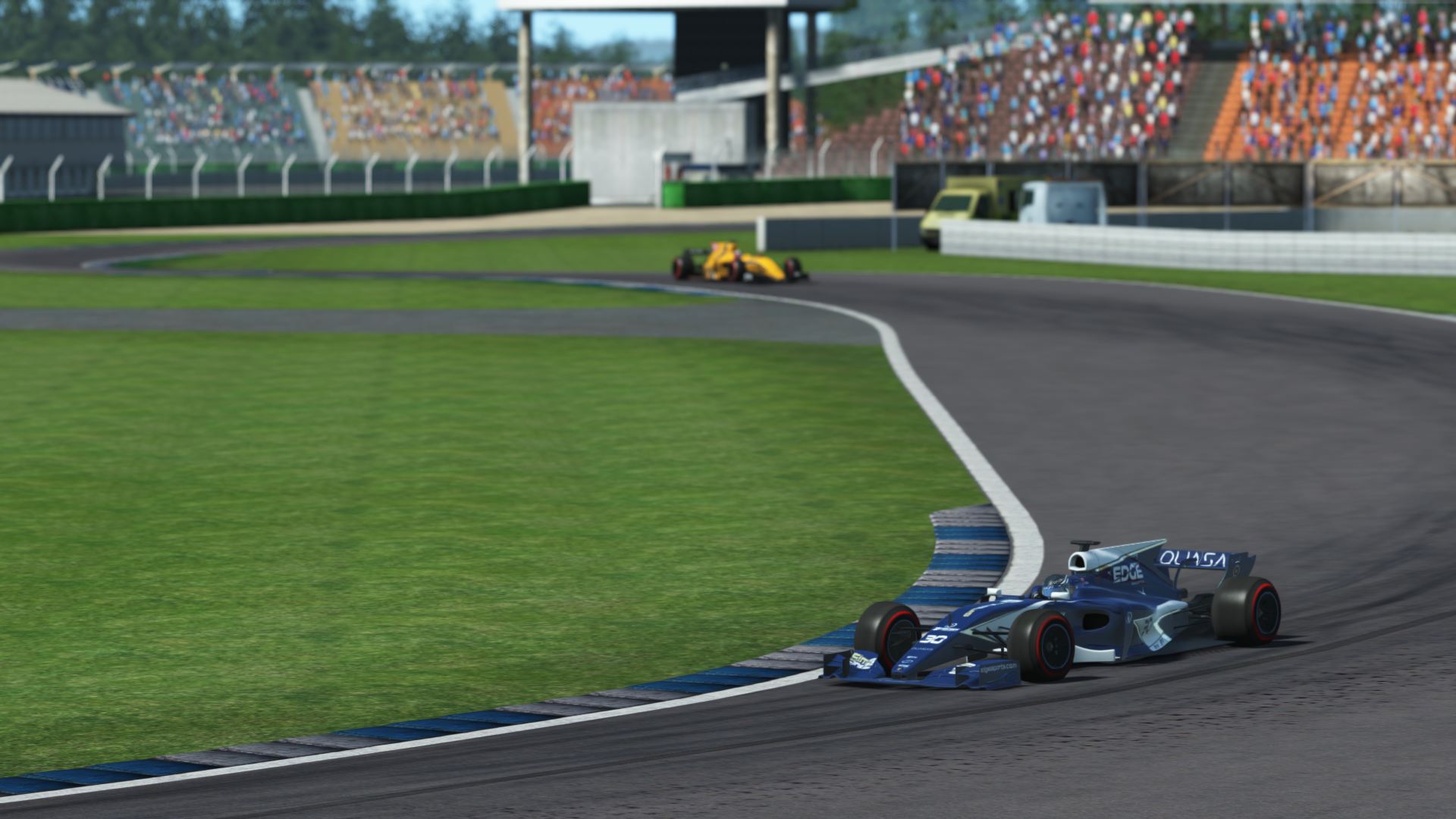 “Qualifying went quite nicely as myself and Jarl both managed to do good laps. Unfortunately I was just a passenger in the T1 incident and dropped loads of positions. Luckily the car was still alright to drive and my pace looked really good compared to those around me.

“We had to convert to a three-stop as that meant I could both avoid and jump people through the pitstop phases. I was picking people off a bit easier than expected thanks to being strong into T2. Towards the end I saw I had a chance of 2nd and decided to gamble on the Ultrasofts for the last stint which worked out very well in the end.

“Congrats to Jarl for the win and it’s great to see we’ve fully capitalised on this opportunity for our first 1-2 finish! The last things missing are a few upgrades to close that gap to the best cars. Hungary is one of my favourite tracks so I’m looking forward to that one!” 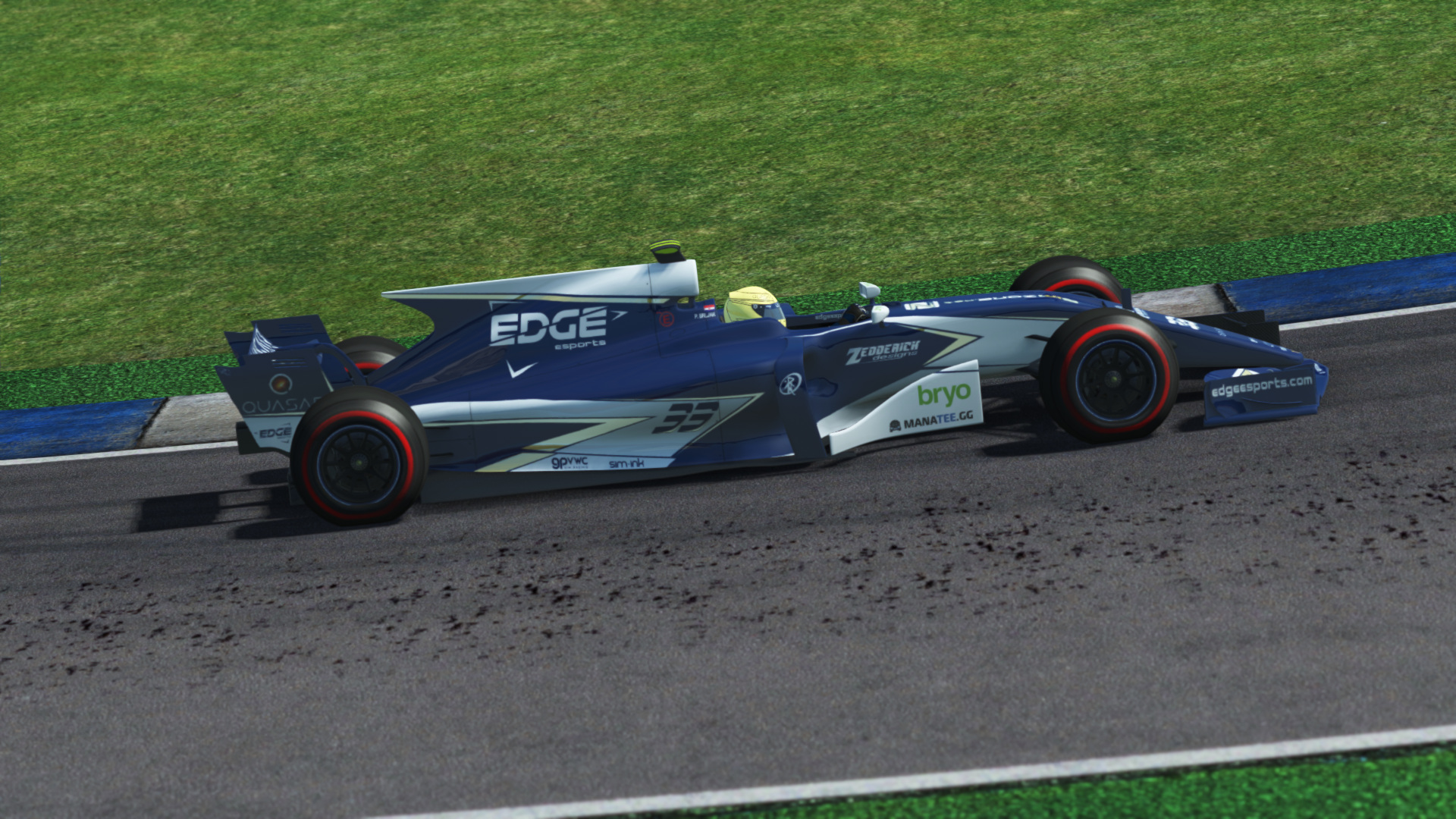 “Today we scored our first 1-2 finish ever in the WTF1 Superleague. It’s a super happy moment and it shows that even with a car that is off pace, we can still achieve incredible results. It’s still a bit of a surprise to me that the result was this good since the preparation for Germany was difficult.

“I feel that we were a bit lucky to the other top teams struggling. With the upcoming summer break we hope that we can bring some more upgrades to the boys. Hopefully they will close up the gap with ACR and a title hunt will be back on!”